I was still sleeping like a baby at around 4am when rostering called me up and said: “Ms. Flores, you’re flying to Tunis, Tunisia today. Pick up will be there in 45 minutes..” I was like, “Okay..” ROCK AND ROLL!!! Being on home standby is getting better and better lol, minimum time preparation nga lang..

The next thing that I thought about was “WHERE ON EARTH IS TUNIS??” hehehehe… Anyway, Ive heard a lot of great things about Tunis (from crew), that its such a paradise and that the place is so Mediterranean. Its actually somewhere in Europe but then part na daw ng North Africa. 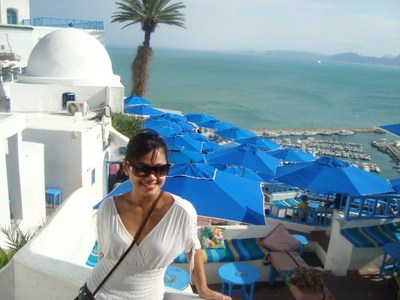 Moving on, I was still trying to wake myself up when I got into the briefing room. I felt quite lost to see 5 Filipino people in the briefing room, so I asked one of them, “this is going to Tunis right? parang Manila flight ah!” And yes, I wasnt lost.

The hotel and its location was breathtaking.. Feeling turista ako.. like sobra. Hotel was Golden Tulip in Avenue De La Promenade Les Cotes de Carthage Tunis. (wrong spelling wrong.. lol) Since there were 5 of us, of course city tour na to! LIKE LIKE LIKE! We went to see Carthage first and then Sidi Bou Said.

Deformation of “Kart Hadasht” (“the new town”), the name used by the Phoenicians in the 9th century B.C.
Who has not heard of Hannibal and this city who dared brave the might of Rome? Now the ruins of both these great empires lay open to the sun and wildflowers. Declared a national monument the town of Carthage and nearby Salammbo abound in vestiges of the Punic and Roman empires, baths, dwellings, temples, shrines and the fabulous naval port of the Carthaginians.
Source: http://www.tourismtunisia.com 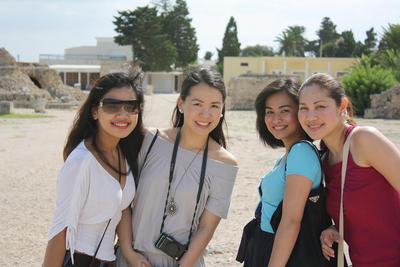 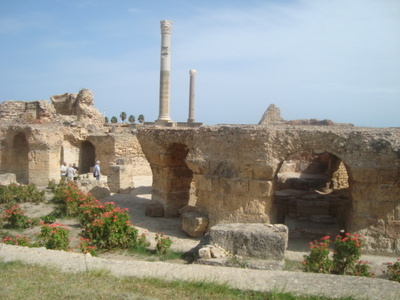 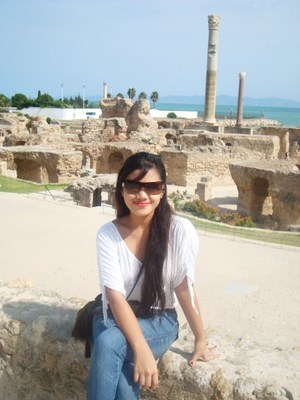 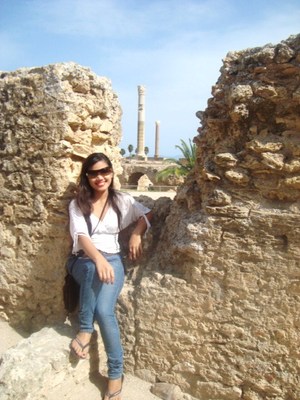 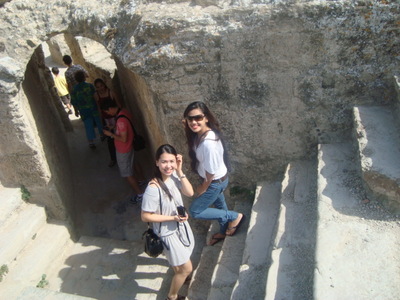 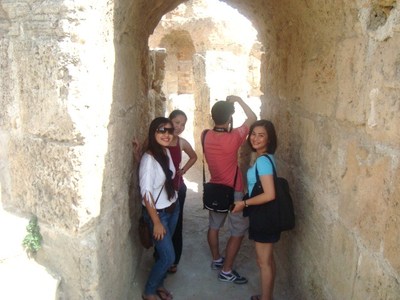 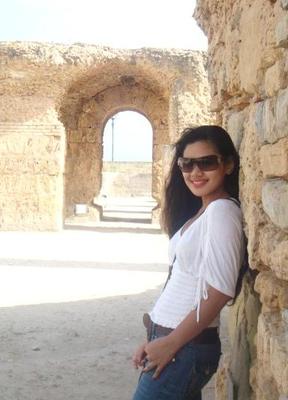 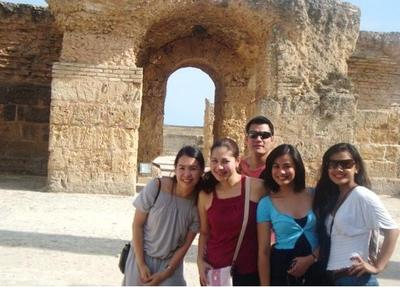 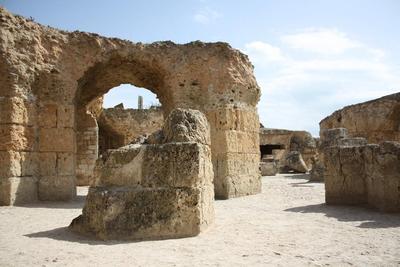 Sidi Bou Said this lovely blue and white village, gaily perched on the cliffs overlooking the Bay of Tunis, is perhaps the most cherished in Tunisia. The legend tells of Saint Louis – coming to wage war he fell in love with a Berber princess and, changing his name became the patron saint of this village where he lived in joy and peace. Visit Sidi Bou Said, fall under its charm and the story will seem most logical.
Source: http://www.tourismtunisia.com 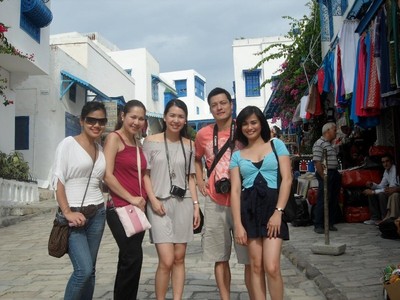 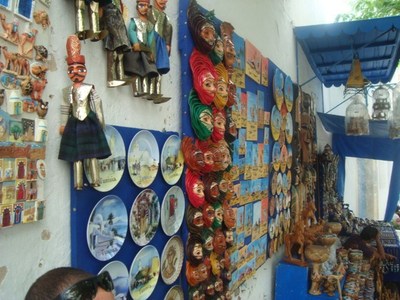 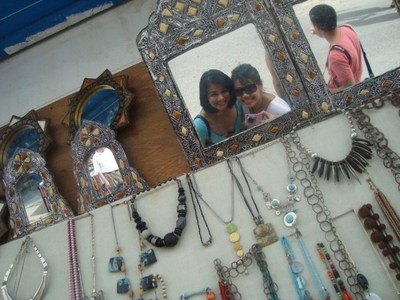 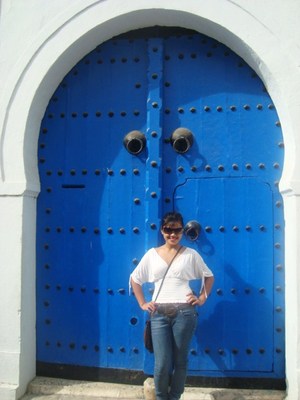 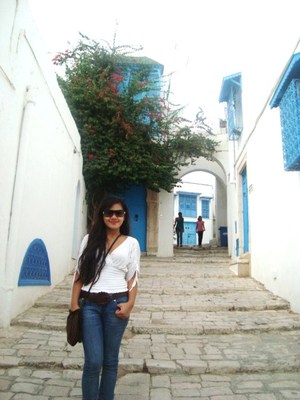 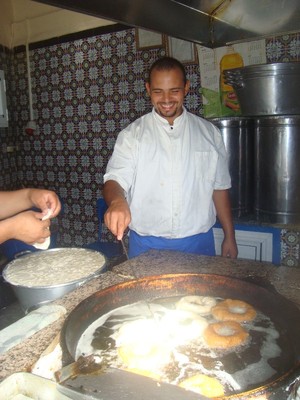 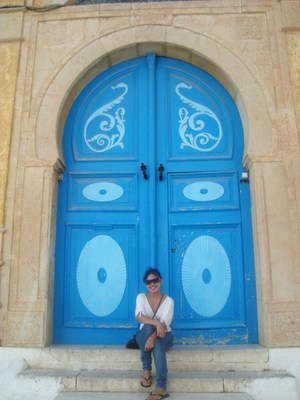 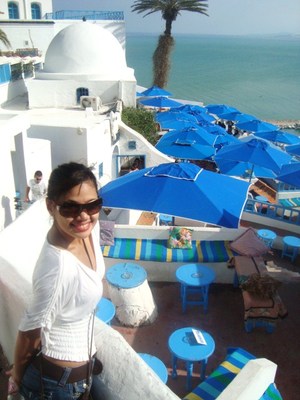 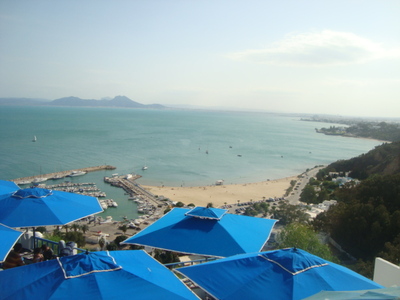 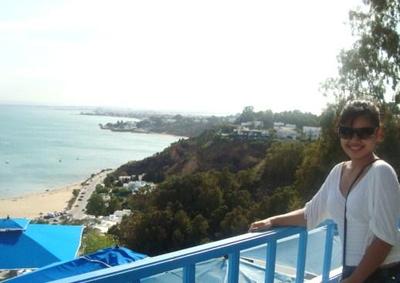