Something to blog about 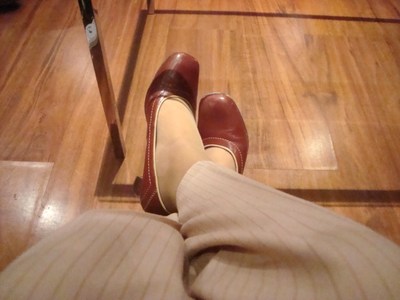 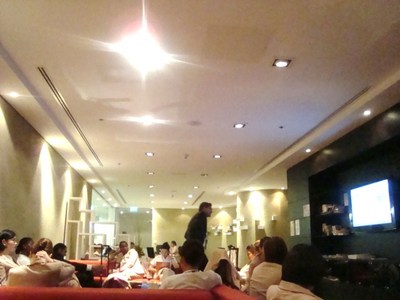 uh uh.. This is the time when you prepare for duty every single day (if you’re unlucky), and in your suitcase you have both summer and winter clothes and everything in between.. hehe.. 3 days in a row Ive been on stby, 1-4am, 6-9am earlier and tomorrow..

More on my misfortune, LOL Finally, after exactly a month Khalil and I saw each other at our building lobby earlier. Me and my friends were heading to the headquarters and the moment the lift opened, I saw him right away. We smiled at each other, said our his and how are yous. Pretty casual. Just the way it supposed to be. Time check, time check! Do I still have time to tell the story?? hehehehehe…..

Okay okay, strap in your seatbels.. Here we go. Met Khalil in January, we did a flight together. And guess what, on our way home after the flight, he hopped on the same bus with me, and I was like ‘oh, hey which building do u live in?’ “Mattar Plaza..;)” he replied. Okay same building, talked talked talked.. On the lift, he asked ‘which floor?’ and I said 1st. Okay to make the long story short, were living in the same building and on the same floor as well. Neighbors. How cool. Became really good friends and all that. I went on leave, he dropped me off at the airport. During my bad times he was there, a shoulder to lean on. We kind of like had a thing, whatever you may call it. Everything was really great between the two of us, then one sweet day, I went home with a good news, course I wanted to share it to him. Called before going to his apartment which I dont really normally do, I usually just go, the door’s always open anyways (vice versa), he said ‘come, but I have..’ and stopped there, ‘ok come!’. To my surprise, I found his ex at his apartment.. Wait, no one’s naked okay..LOL But what was that? If you know what I mean. Maintained a calm self, I told him the news, said hi to this girl and even introduced myself. Said bye. Outside his door, I felt numb. By the lift a tear fell. Not because I love him or whatever, but I was embarrassed, I mean were friends, that I can say. Like really good friends. But what kind of a friend would put you in such an embarrassing situation. And we had something really good going on. He sent me a weird note at fb chat and logged off. As for me, I have nothing to say. And that was a month ago. 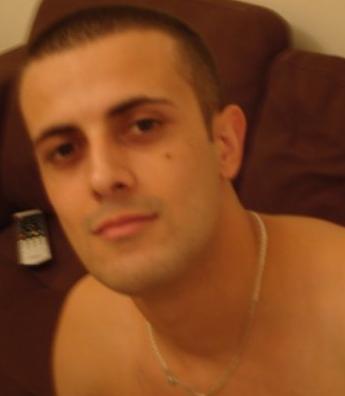 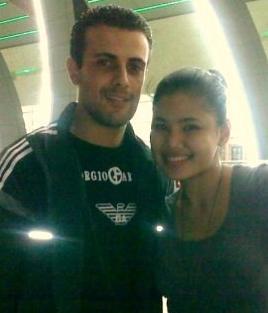 back in January (airport terminal 3)

I just think that this is a nice story so I shared, hehehe! But Im totally over it like what I’ve said on a post right after it happened (if you could recall) , I felt numb. No pain. No nothing. 360 degrees turn, with a blink of an eye, everything I had for him, boom gone. hehe eto yung tinatawag na MUNTIK NA KITANG MINAHAL..bwahahahaha!! So typical..  I am so off to bed! Standby tomorrow!!

2 Responses to Something to blog about